This one was supposed to be done way later, but aesthetic_sofa (Lorenzo) updated the Ascona 400 template to be quite sweet, so I got hyped and made this skin as a result. The UV mapping in this car is quite a nightmare so probably will not make too many Ascona 400 skins. Also big thanks to Voittanen for finding me the font for the name sticker, and to Owen Morgan for helping find accurate text for the small number stickers!

The livery is from 1982 Mintex Rally and the car was driven by Henri Toivonen, one of my favorite drivers. It was a long and a hard rally. Mintex Rally was driven late February and it was wet and muddy.

Hannu Mikkola left everyone in his dust thanks to the mighty Audi Quattro, but behind him there was a proper battle between Ari Vatanen and Henri Toivonen for the 2nd place of the rally. The battle was decided on the last few tarmac stages, when Ari did not have tarmac tires there and Henri was able to overtake him there.

I hope you guys enjoy! 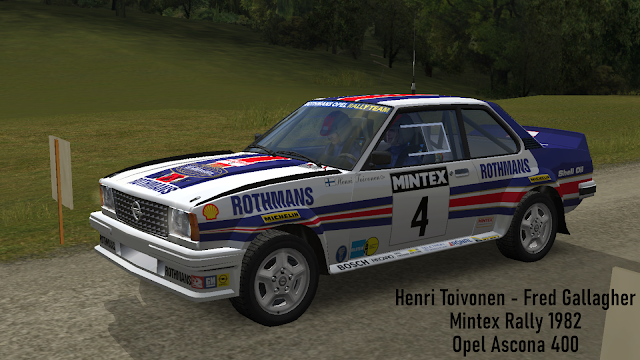 Here's some pictures of the skin in action. Pictures by me. 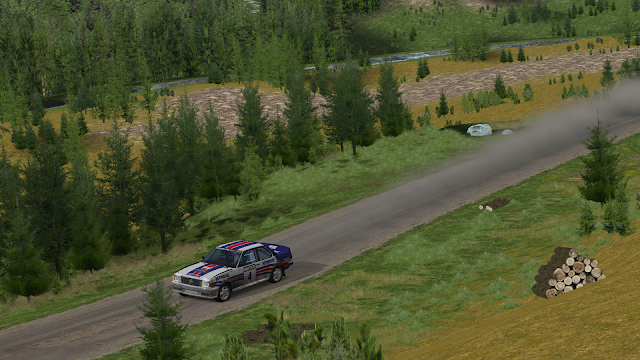 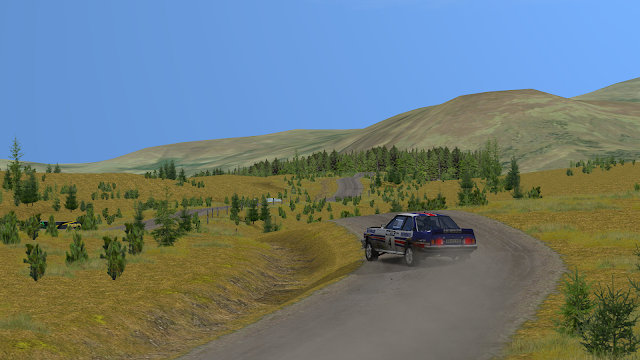 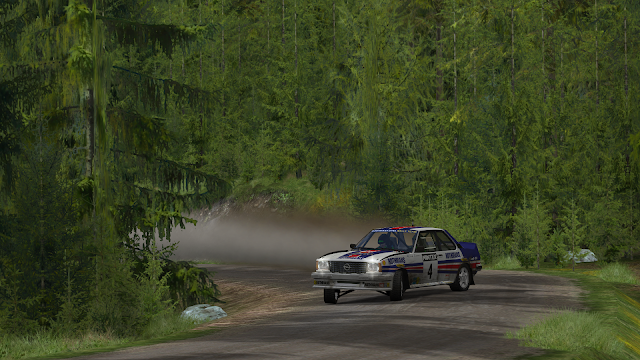